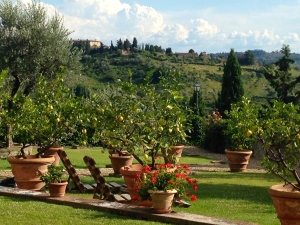 My husband and I planned for a 10-day vacation in Tuscany while our son was at camp. I had a clear vision of our trip; small towns, beautiful photographs (my non-knitting addiction), good food and fabulous wine. I’d have hours to knit while he road his bike for hundreds of miles in the Tuscan hills and I’d never hear the word “Mom”.

The reality wasn’t too far off. There was that little glitch with losing my knitting needles and supplies that I solved in Strasbourg. The medieval hilltop towns in Tuscany were even more picturesque than I expected. There was, however, a lot of walking up and up and up ancient streets to get to those quaint towns. That just meant the wine at the top tasted that much better.

I was, of course, on the prowl for yarn shops wherever we went and I was pleased to find a few.

Lucca is a walled city about an hour west of Florence, close to its more famous neighbor, Pisa. The 60-foot wide wall protects the now mostly pedestrian town from invaders. There’s a Duomo (not a surprise), several more lovely churches, a tower to climb and a charming shopping street. Here, on Via Fillungo, I found a yarn shop called Lovilane. While the window display looked promising, it is the only yarn shop I did not buy anything from. All the yarns were in bags behind the counter and I just didn’t have the courage to ask this gentleman to interrupt his animated conversation with his friend more than once. 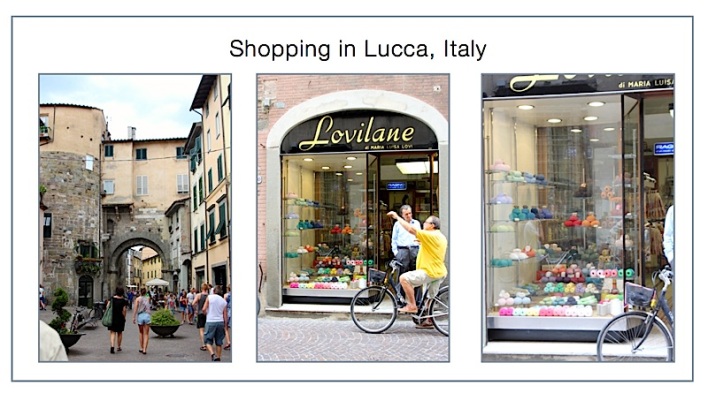 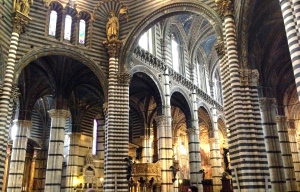 I had better luck in Siena. I had never been to Siena and was surprised by its size. Had I thought about its historic battle for medieval supremacy against Florence I wouldn’t have been. It’s another greatly-walled city known for the circular Piazza del Campo and magnificent Duomo. As fascinated as I am by the architecture of cathedrals, nothing prepared me for the overwhelmingness of Siena’s Duomo. It was stunning in that over-the-top, make-you-dizzy baroque kind of way.

Our hotel was just outside the walled city, so we walked to the center of town on Via Roma. Lo and behold, there on the outskirts of town was a yarn shop. Serendipity! Again, all the yarns were behind the counter but these ladies were friendly and happy to speak to me in Italian, of which I understood not a word. I’d toss a bit of Spanish into the mix now and then and that seemed to get us through. I bought some very soft baby yarn in 100% cotton. They have a Facebook page which I promptly “Liked”, just search for Siena Cose de Lana. 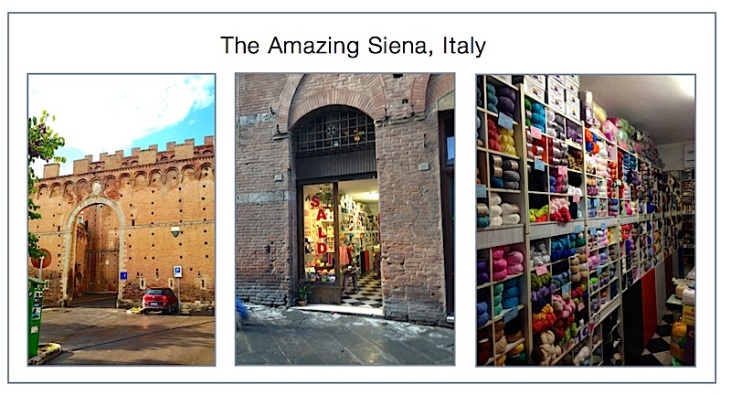 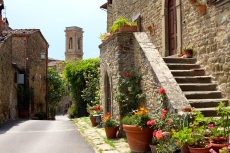 Here are some of our favorite small towns in Tuscany (with Trip Advisor links) just in case you’re planning a trip too: San Gimignano (the Disney of medieval towns with the crowds to match), Greve in Chianti, Castellina in Chianti, Radda in Chianti, Gaiole in Chianti, Brolio and the very small town with the best wine (Brunello) and views in Italy, Montalcino where the wine shop is in the castle tower. It doesn’t get better than that.

One comment on “2 Tuscan Yarn Shops in Lucca and Siena, Italy. ”

What do you think? Cancel reply

This entry was posted on August 5, 2014 by Laura Cunitz in Yarn & Yarn Shops and tagged Italy Yarn Shops, Lucca, Siena. 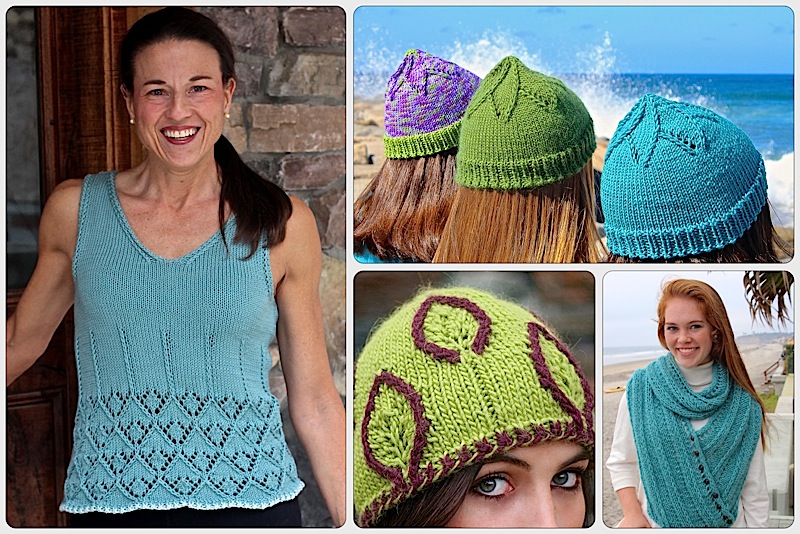 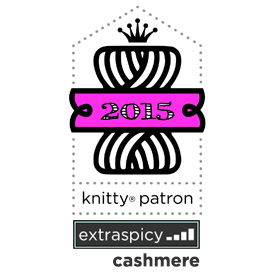